We would like to offer our sincere support to anyone coping with grief. Enter your email below for our complimentary daily grief messages. Messages run for up to one year and you can stop at any time. Your email will not be used for any other purpose.

Share a memory
Obituary & Services
Tribute Wall
Read more about the life story of Jay and share your memory.

Jay D. Power, 90, of Canonsburg, died Saturday, January 21, 2023.
He was born January 19, 1933, in Monongahela, a son of the late Donald and Helen Dunmire Power.
Mr. Power was a member of St. Oscar Romaro Parish, and attended St. Patrick Church. He proudly served his country in the United States Army, during the Korean Conflict.
He was a member of the Veterans of Foreign Wars, post 191, and the Fraternal Order of Eagles,  861.
Prior to his retirement, he worked for 32 years as the postal clerk in Canonsburg, for the United States Postal Service.
Prior to moving to Canonsburg, he lived in Muse from 1941-1961.
On July 16, 1955, he married his loving wife of over 67 years, Stella Liberatore Power, who survives.
Also surviving are his daughters, Jolynn (Daniel) Papak, of Canonsburg, Pamela (Mark) Maurer, of Coraopolis, Lisa (Carl Treloar) Nauman, of Coraopolis; sister, Kay Stutts, of Canonsburg; grandchildren, Andrew (Christina) Papak, Christopher (Michelle) Kayatin, Matthew (Courtney) Kayatin, Jesse (Nicole) Nauman, and Dylan (Daria) Nauman; great grandchildren, Connor, Lennon, and Bodhi; several nieces and nephews.
Arrangements are private and entrusted to Sollon Funeral and Cremation Services, LTD, 30 East College Street, Canonsburg, Phillip L. Sollon, supervisor, 724-746-1000.
Please visit www.sollon.com to leave online condolences.

To send flowers to the family or plant a tree in memory of Jay D. Power, please visit our floral store. 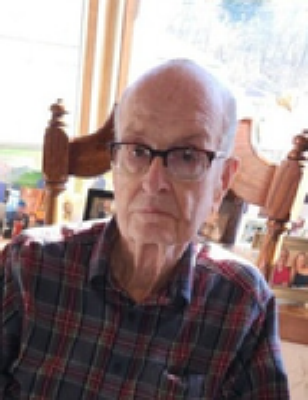 Look inside to read what others
have shared
Family and friends are coming together online to create a special keepsake. Every memory left on the online obituary will be automatically included in the book.

Look inside to read what others have shared

Family and friends are coming together online to create a special keepsake. Every memory left on the online obituary will be automatically included in the book.

You can still show your support by sending flowers directly to the family, or by planting a memorial tree in the memory of Jay D. Power